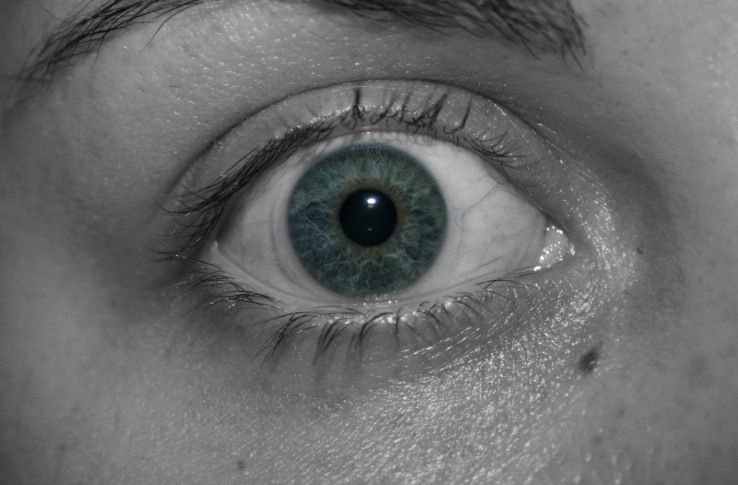 At one point, I had resolved that it was something to do with my face. Perhaps I looked as if I beckoned, it seemed, like I was pleading for attention.

The first time I noticed someone staring it frightened me. I was four. Maybe three and a half. I was in a dress shop for children with my mother and it frightened me. The way his eyes bore into me, pierced through me with an invisible red light like laser beams. My mother didn’t notice. Whenever I brought it up here and there, she’d say I was probably imagining it.

Then, she’d laugh and say ‘it’s fine,’ as if a screaming toddler anywhere was cute and acceptable and nothing at all like what it actually is, which is annoying. Then, she’d plant her palm on my cheek and she’d look close to crying and I’d both love and hate her because of that sudden change in her face with her hand on mine.

Besides, I remembered neither screaming nor kicking. I didn’t remember ever doing that. I only remembered the man staring at me when I was four or three in the dress shop. He wasn’t staring maliciously, no. Not menacingly, sinisterly, or treacherously, really. No. His stare was merely intent, I would say. As though he was digging, searching for something inside me for no particular reason that I could think of, and that frightened me.

Over time I suppose, I learned not to mind it. I wasn’t friends with anyone in school. None of the other children thought me worthy of company but the teachers loved me. I knew they did. They adored me. I wasn’t the smartest or the prettiest or the most useful in class but the teachers stamped stars on the back of my hands, never called on me if I didn’t know the answer. Gave me candy whenever I failed a test. They loved me. Many adults seemed to.

One time this girl sat in front of me out of nowhere. I was fourteen then and she looked fourteen. My Dad and I went out for burgers and he had gone to the restroom, so I was sitting alone in the booth and this girl just appeared in front of me. She started talking in this foreign language – foreign, well, because I couldn’t understand it – and contorting, pulling her face in different directions and I heard snickers and muffled laughs behind me. She left before Dad returned. She carried the snickers and laughs out the door with her. The old waitress smiled at me afterwards. Said our meal was on the house and several times, while we ate, I could feel her eyes on me. I was uncomfortable. Dad ordered another milkshake.

From time to time, I saw them, adults, wince once or twice from afar before they approached me. Before they smiled. And the look in their eyes would suddenly changed as they approached. Even my grandparents used to do that. My Aunts and Uncles would do that before they dragged my cousins over to say hello. It happened at every family reunion, and I guess it felt good that I was always given the third best place to sit, after my grandparents. I guess it felt good that my Aunts and Uncles doted on me while they hissed at their children to get their own food. I never became close to any of my cousins.

Anyway, I just turned eighteen tonight. I’m meeting this guy I met online. He’s 21 so he can drink and go to casinos and do whatever. He asked me what I wanted for my birthday and I said ‘to never ask for permission again.’

I asked for a lighter and a bottle of cheap wine. He texted back: weirdo :))

His car pulls up and it’s half two AM. I’m five streets away from my house.

“I’m coming back tomorrow, okay? Family’s coming over,” I tell him.

“No problem,” he replies. Sniggers. Tilts the rearview mirror down a bit. “Here’s to adulthood then.”

I catch my reflection. I see my face. I find nothing special.

Ryle Lagonsin is a writer from Laguna, Philippines. Currently, she is working on a novella-in-flash, although she thinks it might morph into something else. She still finds social media “quite creepy,” but has learned to tolerate it “to a certain extent.”