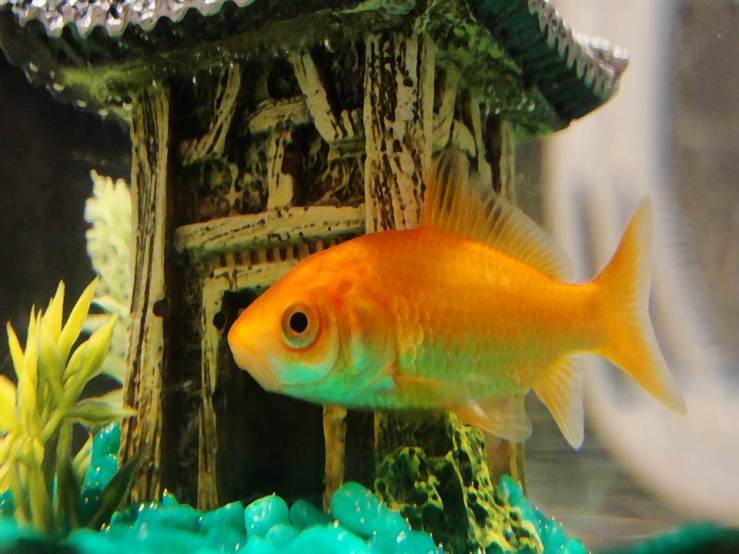 ‘Waste not, want not,’ Dad said, throwing my poor, dead goldfish Lionel into the frying pan.

I’d protested this as best as a seven-year-old could. I was already in tears from finding Lionel belly-up in his tank and now Dad was frying him for supper. But he made two reasonable points that shut me up: one, he could get a meal out of Lionel if he cooked him with fries and two, if I didn’t stop bloody crying right bloody now, he’d give me a slap. Dad salt-and-vinegared the corpse of my best friend and swallowed him in one greedy bite.

That day never left me. Though I resented Dad for years afterwards, leaving him to wither away in a run-down care home without a second thought, his lesson had drilled itself into my brain.

‘Don’t throw out that old loaf,’ I’d say. ‘We can use that for bread pudding. Waste not, want not.

Or: ‘There’s nothing wrong with that milk, just strain the lumps out. Waste not, want not.’

And even: ‘Use the old bath water. Yes, I just washed the dog. Waste not, want not.’

Such wisdom wasn’t often well-received by my wife, Heather, and daughter, Millie, but beneath their tangible contempt I thought they understood, even appreciated, my actions.

But then the dog carked it. ‘That’s the problem with pets,’ I said to Millie as she wailed. ‘Sometimes they just die out of the blue.’ I got out of the car, picked up the corpse of Billy the beagle from beneath the tyres, and laid it on the lawn.

‘Should we bury him, Daddy?’ sobbed Millie. I considered the options.

When Heather came home later, she screamed bloody murder at the sight of the dead, skinned canine next to the outside bin and didn’t even stop when I pointed out the new dog hair rug in the hallway. ‘It’s not like I’ve cooked and eaten the damn mutt,’ I pointed out. ‘I’m not my father!’ It made no difference. I was accused of traumatising Millie just as he’d traumatised me. I protested this too, although, actually, Millie did look a bit pale and was trembling like blancmange in a hurricane.

And that was the end of my marriage. Now I live in a fetid bedsit. Cockroaches march over me as I shiver on the hard futon. I’m starving. I’ve no food, nor money. The deposit on this dump took everything I had. My belly growls.

Then I think, they eat cockroaches in foreign countries, don’t they? And in that show with the not really famous people in the jungle? I grab one. It’s this or nothing. Waste not, want not. I force it between my lips. It wriggles and tickles and makes me gag. I wish I had eaten the dog now. There’s no way it would have been worse than this.

‘Waste not, want not’? Bloody daft advice. There was an awful lot I wanted now – to go back to the way things were, for instance, and not be such a stupid twat.

A spindly leg juts out from between my teeth. I pull it out, lie down, and try to sleep.

David Cook’s stories have been published in Ellipsis Zine, Spelk, the Sunlight Press and more. He lives in Bridgend, Wales, UK, with his wife and daughter. Say hi on Twitter @davidcook100.

2 thoughts on ““Waste Not, Want Not” by David Cook”