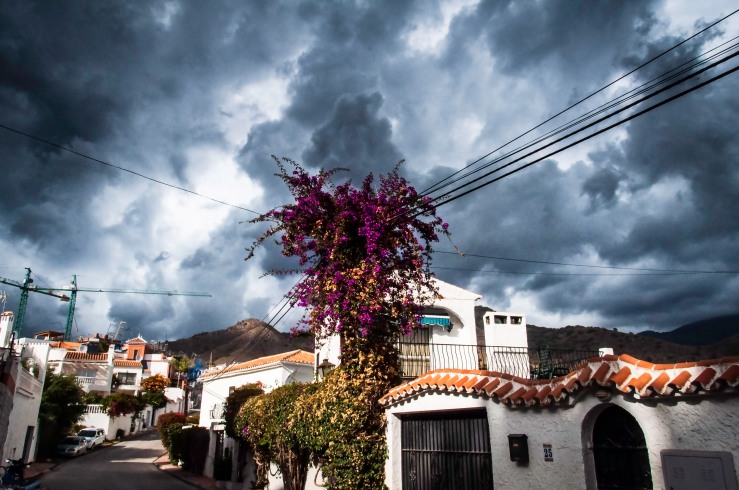 “Ouch. Damn. Damn. Damn!” Sarah muttered, knocking her water jug against her thigh, as she walked toward the Farm and Market road that led to the town named for her mama’s family.

The grass blades cut into her bare ankles. Sarah wore half-broken flip-flops; borne from teenage hubris and indefatigable obstinacy. This was of no surprise: she is the one and only from a family where the principal rule was do as much as you can get away with. Getting by and over it while picking up what falls off from trucks, with drug store sunglasses and cheap makeup easy game when the cashier is distracted, the topper moments later getting extra cash at checkout with the magic of using fast talk, slicked with sweetness and distracting sparkling gray eyes expressing words in honeysuckle bullshit artist hailing from dirt road

“Are you sure, sweetheart?” The cashier was already self-questioning her actions, her wedding band hand already hesitating over the open drawer.

Sarah lowered her forehead to maximize sincerity. Not using eye shadow was a nice touch: this made Sarah look younger and more acceptable to born-again Christians obsessed about being so good that getting into their heaven was greased on the rails of their gullibility.

Always works—until it doesn’t. In this little town doing the chump change shakedown you can only do once, because you know how the country ladies love to talk.

Sarah reached the hillock and clambered over the wire fence by the two-lane asphalt ribbon cutting toward the town. Summers with grandparents were at once an agony and escape from bullshit. It wasn’t as if she was missing anything. Her life at home was too controlled to do anything beyond early curfews and vetted friends. Daddy, dope paranoid and cop shy saw trouble in everyone.

So it was mornings with flapjacks and bacon on the griddle. Afterward, wanderings across the grassy fields with cedars and mesquite spit by the devil’s angels cut across by gravel tracks and trails, and the two-lane blacktop that began at Dripping Springs, with a junction with the main Hill Country route out of Austin at the town square, before terminating in Bourne. When she was a child, Sarah was on that road late at night huddled under the blanket in the back seat staring at the night sky driving back from picnics and extended family get-togethers.

Sometimes Sarah brought a book to read, and always she carried her teddy. This summer, though the bear was back at home, placed on her bed pillow directly below the poster of Robert Plant. She felt she was too old to bring it to her grandparents this time around.

Her parents were old hippies, and the music on the old Realistic cassette deck reflected that. Dylan, Janis, The Weight by The Band.

Ah, and Pure Prairie League. That song. Amie, whatcha wanna do? It evoked that day when Sarah waited out front of the school waiting for the boy she wanted.

Yes, Sarah standing there waiting for that boy, all the while soaking in the rain of her favorite dream. Yeah, that is what this was like, and remained so.

The heat turned Sarah pink before the sun burned her dark, and she walked along the road on the edge of the shoulder because the hot asphalt—even in late morning—would melt the soles of her flip flops.

She passed the tire yard, and the old stone-built gas station turned into an antique store that no one seemed to stop by to shop. Corrugated tin garages selling farm equipment and aging pickups, no beer joints because this is a dry county, no alcohol available except at the clubs Sarah was too young to be allowed to enter.

But the Baptists and the Seventh Days tolerated cigarettes, so Sarah got her smokes at the convenience store, lighting one as she walked toward the town square.

The paperback bookstore and the café beside it were Sarah’s haunts. The bookstore didn’t open until noon, so Sarah had an hour to sit in the shade outside, smoking cigarettes and thinking of getting a fresh stack of science fiction. Currently she was into Le Guin.

She drank her coffee, the queen of the concrete bench when Bobby arrived. He pulled up in his black top, cherry red Buick Skylark. While Bobby wasn’t the boy back in Austin, he offered freedom from flapjacks, had weed and did stuff she liked well.

She thought he’ll do as he leaned for a sloppy kiss.

Amie, whatcha wanna do. She thought about the boy she had waited for. But—black top, cherry red.

“Hey baby, the firecracker stand just opened up in Blanco. I want to pick up some Black Cats before they run out,” Bobby said.

“They’re illegal,” he said. “They ain’t gonna have them.”

Sarah did not believe him, but watch can she do. Behind her she heard the bookstore door unlock.

She flipped her cigarette spinning to the pavement.

“C’mon,” Sarah said, nudging Bobby. “There’s a book I want to buy. Then, we can go get the firecrackers.”

“Boom,” Bobby said, spreading her fingers in front of his face and stretched his arms upward toward the sky.

With a shudder, Sarah had a premonition. But she forgot about it until she remembered later, for forever.