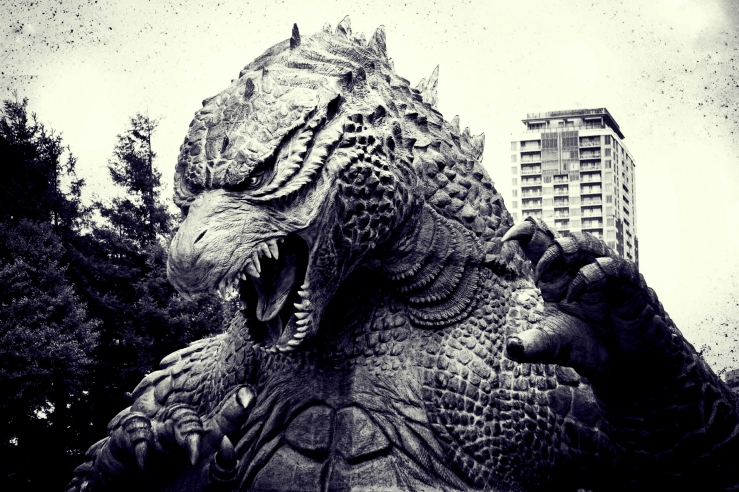 There are only a few stories
There’s man against man
Man versus animal, animal versus man
(the order is different, it means different things)
Man versus woman, woman versus man,
Woman versus a lot of men (familiar), a lot of men versus a woman (too familiar)
Patriarchy versus matriarchy (think Zeus’ takeover of Olympus)
The matriarchy strikes back (unfamiliar, please write)
Man versus concept, concept versus man,
Reagan versus the AIDS crisis (a fiction in which disaster does not exist, too common)
Kangaroos versus the court, the court versus the kangaroos
The Russian government versus the uncertified bones of Anastasia and Alexei
The bodies at the door versus the coercive government (where will we bury them)
Man versus body, brains in bodies, brains that won’t die (we loved this in the ‘50s)
Mummies versus the tomb raiders (I only want to see it ordered this way)
Mall goths versus the elephant seals down at the beach
A genderqueer orgy versus the RA down the hall
Dionysus arrives in Thrace, battles city
King Kong and Godzilla versus the skyscrapers, King Kong versus Godzilla
Monster animal man body matriarchy versus those thunderclouds over there
The body in the corner of the classroom versus survival
That’s the thing, there’s only a few stories, If you’re not a mummy, an orgy, a kangaroo, how to tell yours?

Alessandra Occhiolini is a writer and academic at UW-Madison who needs to learn to be more pretentious and stop talking about Godzilla. Her work has been published in Palo Alto Weekly, The Claremont Review, and The Swarthmore Review.