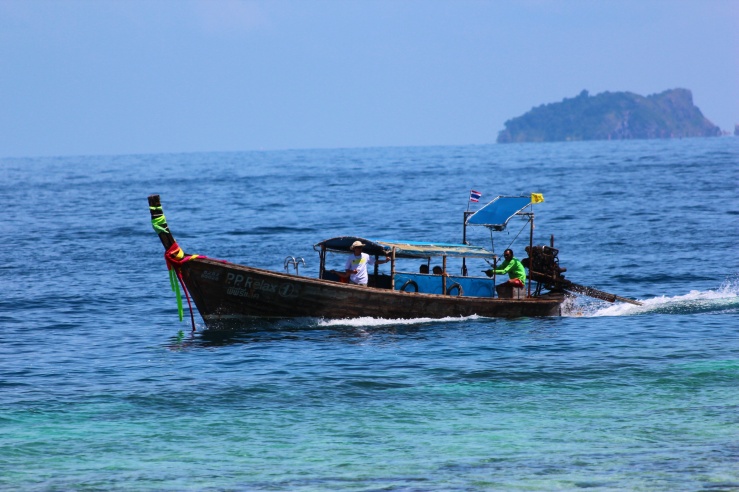 Nethers put in the lowest bid, by far, so he got the job of repainting the Philpot water tower. He’d overheard two county engineers talking about the project at Hattie’s Tavern and it felt too preordained not to be done. He’d spray-painted a dick on it some twenty years earlier and here then was an opportunity to not only work his idle hands but make amends for a previous transgression.

He remembered stealing warm beer from his father’s boat then the long rickety ladder up to the top of the water tower, wrung after wrung of dissolving paint under his sweaty hands, dusk setting on quicker all the time. On top, he drank two of the beers as fast as he could then edged himself down the tank to the point where he just knew he’d slide off if he scooted another inch. Pinpricks of needles blossomed on the bottoms of his feet as he worked. He drew the five-foot dick slowly, carefully. He scrambled back up to the top of the tower then popped the tab of another warm Stroh, studying the cartoonish penis which glistened, still wet under the new moon.

He’d never gotten caught for the dick. Nethers finished high school, by the skin of his teeth, then moved away immediately, first: a four-year stint in Louisville, then: eight in Nashville, the rest: wandering place to place always looking but never finding. He got word of his father’s passing at a truck stop in Tucson and rushed home to spend three years in a single February at the poorly insulated house, the one in which he was raised, in Philpot, settling his father’s affairs. His father left him the house and since Nethers didn’t have any place better to go he moved back home.

Nethers decided he was going to hand-paint the water tower. He’d gotten a rock-climbing harness and set of rappelling ropes off Craigslist. He knew it’d take longer than spraying but he’d seen a video on the internet that got him started thinking about pollution and his carbon footprint; it’d showed oil covered chicklets and baby turtles. Nethers imagined the sun shining down on each of his languid brushstrokes cleansing the murky slate of his heart. He’d taken for so long he’d forgotten the healing power of giving. After snorting the Xanax, Nethers felt more comfortable with his place in things. He was making amends.

Nethers cringed and shook when they lowered his father’s casket into the ground thinking of the growing population and all the space cemeteries wasted and the fact he couldn’t remember the last time he’d seen his father, not entirely. They’d both been drunk, Nethers to the dripping inkiness of another blackout, his father probably not far off his own self. Nethers thought they’d embraced, a rare show of physical affection, but wasn’t sure.

His hands were shaking. Though he acknowledged his boredom with life, had wondered why he kept on living when he had nothing to hope for, still he was terrified of falling from the water tower. He popped a Klonopin, washed it down with a sip of warm Stroh he’d found in the cooler of his father’s john-boat, then adjusted the harness. He made sure the ropes were in order then took each tentative step backwards slowly, his heart hammering around in his chest. He leaned forward in the harness and realized he had not thought things through. He was going to have to affix the can of paint and paintbrush to his overalls because he needed the use of his hands for repelling. He tried this, then that, finally deciding to put the can of paint inside the front of his overalls, the paint brush would be carried in his teeth. Before he started, Nethers smoked half a joint just enjoying the view and trying not to think about how high up he was.

On the way down for his initial coat of pale cobalt blue, his legs became entangled, the can of paint shifted inside his overalls, and he nearly cried out in absolute terror. Nethers regained control of himself and got the first brush strokes of the job on there. He’d painted something like a tenth of the water tank’s surface when the first can of paint ran dry. He pulled himself up, decided to smoke the other half of the joint before starting back again.

Nethers woke twisted in the harness. The moon had long been in the sky. He couldn’t feel his legs; he tried to move them but couldn’t get a response from either leg. Panic gripped him, yanking him out of his benzo haze.

Nethers looked down; he couldn’t help it, and for a moment he felt held in place only by some cosmic accident. He’d nearly slipped free from the harness; it was slung almost off his thin hips. He punched his left thigh but felt nothing.

He yelled but no one came to his aid ‘til the morning.

Nethers spent a few weeks in residential treatment then, long story short, he left AMA. He went back to his father’s frigid house, his now, the wheelchair making coming and going a problem. Nethers waited for the use of his legs to return, the doctors unsure why it hadn’t already happened. He spent his afternoons writing, wheeling himself onto the little back patio for smoke breaks, where he could see the progress of the painting of the Philpot water tower.

At the base of the tower, Nethers looked up at the scaffolding, afternoon sunshine hitting the huge droplets of paint that hung and dripped. There was a robin’s nest at the foot of an oak, knocked down by the powerful paint-sprayers the Dressel brothers used. Three of the eggs had cracked but one appeared unbroken. Nethers wheeled himself closer, reached down and plucked the egg from the nest. He turned it over and saw that it’d been half-sprayed pale cobalt blue.

A.S. Coomer is a writer and musician. Books include Memorabilia, The Fetishists, Shining the Light, & others. www.ascoomer.com