The leash of red foxes scampered from the community garden and crossed the paved bike path into the low-hanging forsythia along the riverbank. The foxes didn’t even notice the stag beetle making its way to the garden across the blacktopped path, but the last fox had upended the beetle, which now lay on its back looking into the heavens.

The beetle treaded air and screamed into the void, “INSECURITY PROBLEMS????”

The worm crawled through the earth and the darkness and the disgusting grubs that sometimes got in its way on their own beautiful way to flight and broke through into the light of day.

The worm was listening to Biggie.

“Fuck,” said the worm. “I’ve made all the wrong friends.”

END_OF_DOCUMENT_TOKEN_TO_BE_REPLACED

I bought a used copy of Bukowski’s Tales of Ordinary Madness at a bookstore in Lawrence, Kansas. I had read most of Bukowski’s work in my twenties, but that was a time when I only read books from public libraries. I didn’t have the money to purchase books. I never had. If I wanted to read Ham on Rye, I would wait a year or two to find a copy in a public library in Portland, Oregon, or Albuquerque, New Mexico, or Columbus, Ohio. Wherever I moved next during my Great Search for America: Or, A Job that Paid Enough to Cover the Rent in My Crummy Apartment Far from the Hills of Southeastern Ohio. I was at the mercy of public libraries and the books that returned, God bless their souls. The small, public libraries in the region where I grew up didn’t carry much Charles Bukowski, or many of the other writers that I enjoyed. Sure, I might taste a few of their books, but they were apples leading me to a broader table. A need. A want. Growth: the original sin.

This all happened before the internet, when sins went the way of the world.

Cast out of the garden, I wandered the earth, working landscaping jobs and washing dishes and picking up trash to pay for the rent and my beans.

In my forties, I realized that I didn’t own a single one of his books. I hadn’t read any of his stuff for years. He was a ghost of my work boots. But there it was: Ham on Rye. And look! Tales of Ordinary Madness. I bought each copy for four dollars and change and carried them back home to Ohio, back to the tainted garden, back to the house that I was looking to sell.

All this traveling required oil.

Lubrication of the machine.

I had changed my own vehicle’s oil since I was sixteen. I still have the wide, low metal drip pan, filmed by time and dented by gravel that my father had used since he had taught me the work. The same one that my father discarded before he too left home, casting himself free from his familial bond. But one day I took my car in for repairs in my mid-thirties. I had the shop change the oil along with everything else that was needed to plan my next escape.

And that was it.

I could never unscrew the oil plug from the drain pan again.

My socket set is a gift that a voyager to the outer systems could only hope to possess when their spaceship was eaten by a physical manifestation of their innermost selves, but it was no match for power tools.

Stripping out an oil pan plug isn’t high on my reading recommendation list.

I began to go to Walmart for oil changes, like the defeated adult that I had become.

When I do, I always bring along a book with me. I sit in the small waiting room and read and dream about lower prices, surrounded by blue. No one has ever spoken to me in all the years of waiting in this room, or one just like it. Reading a book in the American public nowadays is like practicing the speed limit. Most folks just look at their phones or go shopping for their lives in America. But, O, today that changed.

I was only three pages into Bukowski’s “A .45 to Pay the Rent” and his peculiar capitalization, when I heard:

The man on the blue bench beside me shifted uncomfortably. He was a bit younger than me, a talker. He was in line ahead of me for an oil change.

He wanted to begin talking. His phone had no voice and had emptied itself of its secrets.

We both had a forty-five to one hour wait for the Walmart employees to honk once before backing our cars into the sun with fresh oil inside them.

“What is that your reading?” asked the man, like an automotive governor. He was perceptive and quite possibly an addict, but very friendly in a distant way. He was like the next ridgeline across the valley of our blue bench seats when the air currents were moving low.

I showed him the cover of the book, but he had already read the title.

“Is that like, I don’t know, this guy’s thoughts or ideas or essays on like how crazy things are in [insert jumbled, made-up psychiatric phenomena].”

Over the course of the next forty-five minutes, my new oil-change companion traveled the interstate of the psychic dream world. He had been deployed for three tours by the United States Marine Corps. He kept the money that they sent him each month for his many troubles in a safe at home. The banks wanted their forty thousand dollars that he had already taken from them. The banks didn’t care about PTSD or living in a rented, haunted house in Coolville, Ohio, where demons that could not be assuaged with sage played in the windows of your mind. The banks didn’t care that your father at a late age began frequenting the lonely state park restrooms and parking lots to act out his subjugated, sexual tendencies that concerned you in the years before he died with a cigarette in his hand, or that you saw him now in your demon dreams with a woman’s breasts and a knife jabbing into your head. They didn’t care about your visions of dead travelers in National Parks from an unknown enemy like the ones you knew so well, but couldn’t see, or rarely saw, when you were deployed so not very long ago. Hundreds of thousands of deaths unaccounted for and unexplained. Missing 411. Or that you didn’t trust your girlfriend with that money stashed away in your safe and that you, with a straight, unashamed face and without a thought or a flinch, were willing to tell me that you would put her in her place because you were a man, because, as much as our society may be changing, the social and economic poverty of our area is just as our fathers and their fathers before us, and that is how you were raised, and the small changes that have come have only begun to bleed into the edges of our moral poverty, while our economic morass has remained so much the same. Or the beauty of the Hocking Hills in Ohio in autumn, the myriad colors of the trees and the caves and the land, just thirty minutes away up the newly routed bypass gouging its way through our national forest, the only dream that was real and achievable, but would forever be unknown. Or the surge of the Hocking River, our river, our lifeline, our artery in spring swelling it banks to drown the damned or the foolish or the suicidal in the bleak outlook of our place and our time. Or that grand old lunatic asylum high on the hill over town, beckoning like a light against the dark that has long ago fallen. The specter of electro-shock and your friends that you remember, still there in the ward. 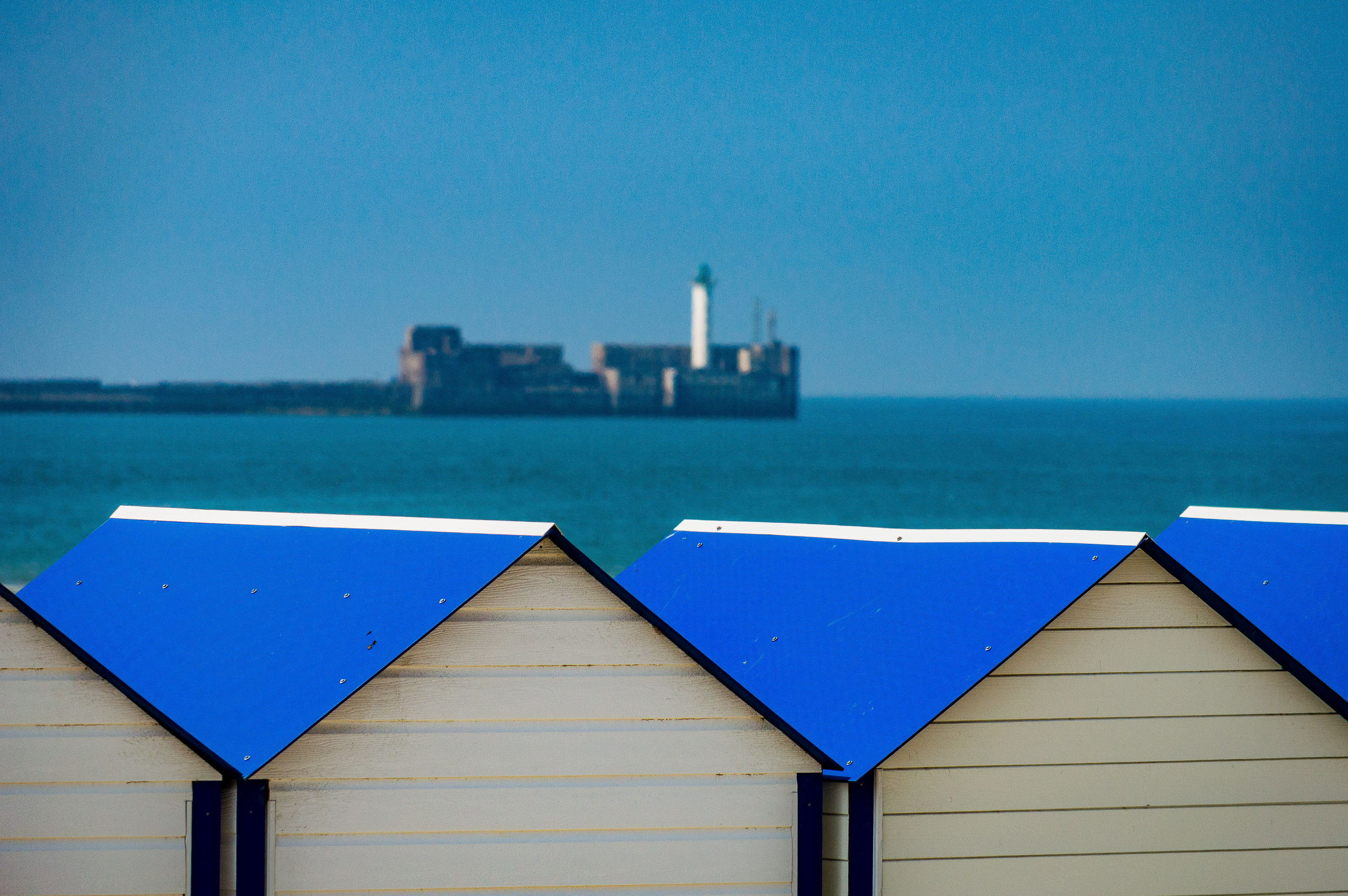 The Complete History of the United States of America

The piston rod shot through the engine like the news of a divorce. We didn’t bother to ask for the TV. Wyoming was that kind of place.

​“AND YOU CAN KEEP THE MATTRESS!”

​On the ride back east, the bus was filled with the shadows of passengers, who sat in their seats like the British were coming.

Your Feet Can Take You Anywhere

He scraped his feet across the worn linoleum floor. His calluses whispered faintly like a song issuing forth from a theater as you stand outside in the gutter. Small scraps of delight while dirty rainwater runs freely over your feet. His calluses were made of La bohème, but he dreamed of Hamilton like the American shore.